BOOM Esports is the most popular GAMERS GALAXY team

escharts summarized the results of GAMERS GALAXY Dota 2 Invitational Series Dubai 2022. According to their data, BOOM Esports was the most popular team at the tournament, with an average of 121,000 spectators watching its matches. 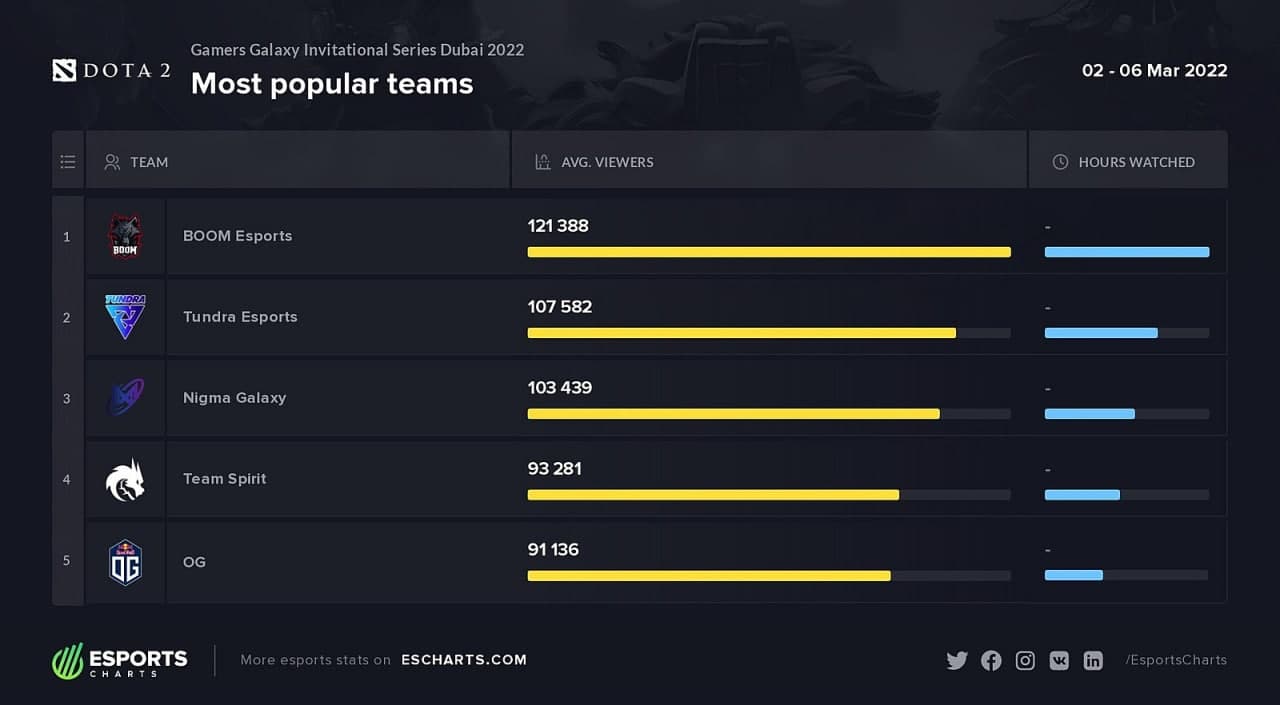 Tundra Esports with 107,000 viewers follows BOOM Esports. It was these teams that met in the grand final of the tournament. Nigma Galaxy closes the top-3 with 103,000 viewers. The champion of The International 10, Team Spirit, didn't make it to the top-3, taking 4th place with 93,000 viewers.

GAMERS GALAXY Dota 2 Invitational Series Dubai 2022 was held from March 2 to 6. Teams from around the world competed for a total prize pool of $272,000.

European team Nigma Galaxy dropped out of The International 11 Regional Qualifiers, losing to Team Secret in the lower bracket. Thus, 🇩🇪Kuro "KuroKy" Takhasomi misses The International for the second time during his career.

The organizers of Gamers Without Borders 2022 provided a list of participants in qualifiers for the main championship, which will be held in July and has a prize pool of over $ 3,000,000. Qualifiers will be held in 3 regions: Europe, Asia, and Saudi Arabia.